Just some work I have done in the past couple of weeks. I can't wait to give all of these albums to my boys one day and to look back on all of these memories together with their families! 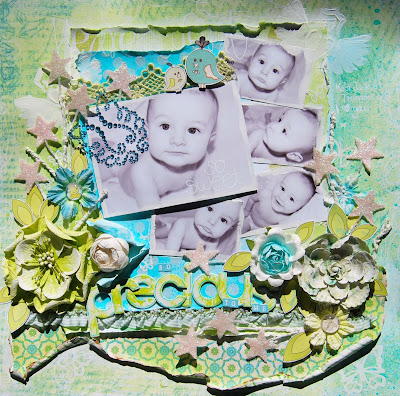 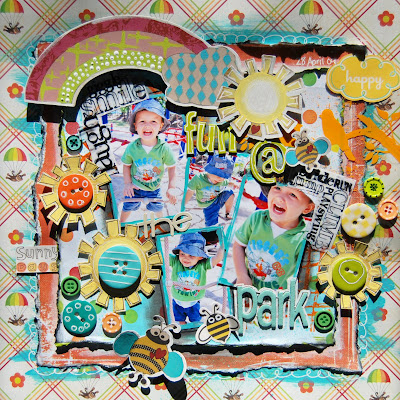 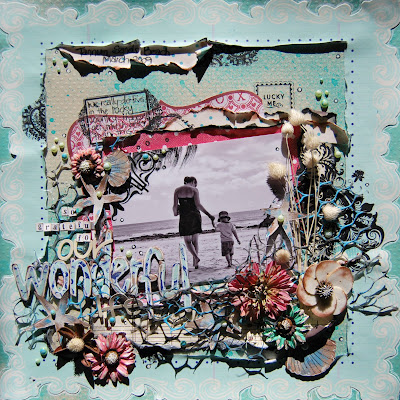 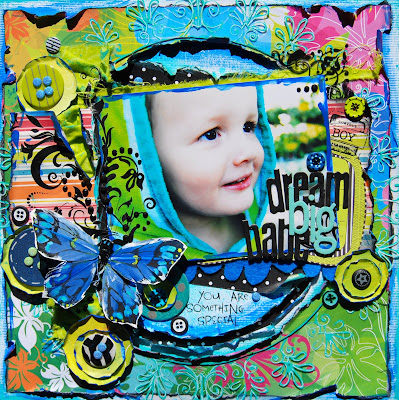 Now to update on the boys. Firstly, the big boy played footy today and scored 2 tries, 1 each for his babies!! Unfortunately his team lost and he also hurt his knee. He is tucked up in bed, had some pain killers but I'm not looking forward to the whinging he is going to do in the morning when he has to get up for work!! Lucky he works from home and doesn't have to make it out of bed until 8:15am!!! LOL! Kobi is 8 months in a few days time. He isn't crawling yet, but moves around constantly on his belly, going backwards and rolling over to get to where he wants to be. He did pull himself up on his knees yesterday and is also trying to pull himself up on things with his hands. So I don't think it will be long before the crawling begins. He is still a tiny little fella but growing slowly, he just isn't a big eater (he is alot like his mother was when she was a babe - so Mum keeps telling me). He is growing and developing so that is all that matters. He is the sweetest little thing and I just love him to bits. He is very clingy at the moment and I do love his cuddles but in the meantime the house looks like a bomb has gone through it as I can bearly leave his side and get anything done. Now, Cooper is the cause of the house looking like a bomb has hit, I think we might have to start calling him cyclone Cooper. I am trying to teach him to put things away before he pulls the next lot of toys/colouring books/books out. But do you think I am having any luck with that one?? NO, he is 2 after all!!! He is very clever and just seems to know way to much for a 2 year old. He comes out with the funniest things somedays and you just wonder where he gets it from. I sneezed the other day and he says to me "Bless you Mummy". It was soooo cute. He learns so quickly. He is great with his colours now and we are now trying to get him to count to 20 (he's got 1-10 down pat)! He sings songs and hums to tunes. He runs around the house like a ratbag and is known to tackle his brother (poor baby Kobi, I don't leave them together too often) most of the time Kobi just laughs at his antics but is starting to crack it when Cooper takes something off him. Sometimes a naughty little Cooper but I just love him so much and love watching him learn and grow! I had better leave it there, those of you who read this (does anyone read this??????) are probably over my raving on.

Anyways hope you like my scrappy things and have a lovely week!

I read it Stace!!I always wonder if anyone reads mine either lol

Love the LO's they are stunning as always :)

Cant believe Kobi is going to be 8 months already!Time flies :)

I really love all the detail you put into your work. Just gorgeous!!

LOL @ cyclone cooper, i think he might be a footy player like daddy when he is older hehe. kobi might be like heidi was and just skip the crawling stage altogether and go straight to walking. -- he has to get away from cooper somehow hehe. (or chase him to get his toys back). xox

You know I ALWAYS read it and love it!!

Haha, tell Timmy to toughen up - if you can have 2 kids, he can get a sore knee! lol

Love that your scrapbooking room is looking so nice and neat, too amazing all those little jars and bits and pieces!
xo