Just sharing a layout I created the other day.......I have used Rouge De Garance paper with a mixture of scraps aswell as lots of painting and texture for my background. I then added some doiley's from The Chip Chop Shop. I also used a Prima vine, I always chop these vines up and use them in pieces.....I find it easier and you occasionally get some leftovers you can use on another layout. There's also a MLBOW apple pin in there too...can you spot it?
"Believe" 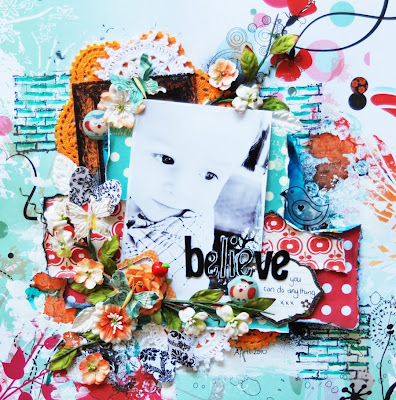 Some close ups....I have used a couple of Owl buttons from Lil Red Rocket...bit cute aren't they:) 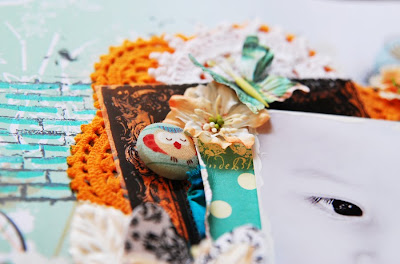 Lookie at the new Prima paper butterflies....this is the first of my new Prima I have used:) 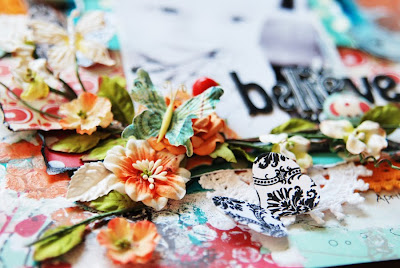 Oh yeah, I had a sad day on Friday......I had to give my beloved camera up for up to 6 weeks while it gets looked at. Boo hoo:( My big lens has been playing up and wouldn't focus on the auto mode so it's still under warrenty so now they have to send it all away to look at it because I am not sure if it had anything to do with the camera or just the lens. At least I don't have to pay for it to be fixed. But I am totally devastated that I will be without my camera for a little bit.....I have pulled out my old Olympus but it just isn't the same as my SLR. I think the worst bit about it is I just picked up my new Sigma lens and now I can't use it until I get my camera back. Anyway enough sooking, we skipped swimming last Thursday (the boys have had little colds again) and went down to the beach so I could play with my new lens and take some pics of my favourite boys:) I got so many nice ones but here are just a few. 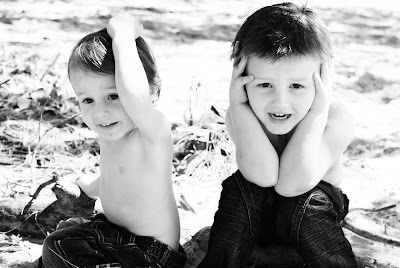 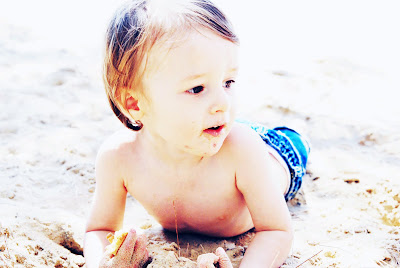 Have a fantastic day!!!
xo
Posted by Stacey Young at 1:42 PM

gorgeous photos stace, wont be long til you will have your beloved SLR all ready to go!! beautiful page, i do the same with prima vines too ;) xox

woweee.. I love those piccies.. and boi are boys handsome.
I love all the bits on that page too.. :)x

OH NOOOOOOOOOOOOOO....!!! how horrible.. having gone through losin a lens alittle while ago i know how you feel..but now that i have got SUzi {new} life is looking up..LOL>.. and those pics.. wow.. stunning.. oh and love that layout.. love the apple pin..sweet.. and looked at those prima butterflies and thought about getting them and didnt now i wish i had..LOL.. happy days...

Beautiful layout, and those pics of your boys are fabulous!

another beautiful page!!~sorry bout your SLR!!,,it will be back in your hands in no time!!!,,

WOW! Gorgeous Stace and thanks for the LRR love.
Stunning photos too. I think youve got 2 little heart breakers on your hands there.
Hope the wait isnt too long for your camera. I know Id feel like I was missing a limb with out mine LOL. x