This first layout was actually my attempt at white space........umm, I don't think that happened...lol!!! No matter how hard I try I just can't do it, I have to cover every inch of the page even if it is just a bit of paint or Glimmermist:) I have been using lots of white or craft cardstock as my backgrounds lately instead of patterned paper which is a nice change too:) I have also used Such Sweet Tierney Buttons which I just loved straight away. Loads of Prima and I also had a go at a handwritten title...inpired by Lou Nelson:)
"The King Of My Heart" 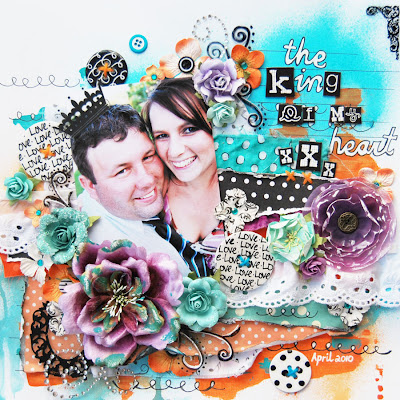 Now if you notice in this next one, the colours are pretty much exactly the same as in the first layout only it's on craft cardstock instead.....didn't realise it until after I finished this second one, but they look heaps different don't they?? Added more of London's funky buttons and the birdie cage is designed by Nic, how cute is it:) This is all about my shy boy Cooper, I have hidden journalling under the photo too (whoo hoo, second time doing hidden journalling). Cooper is very much like I was as a child, come to think of it I can be shy and quiet around people I don't know now! Tim is a little different and will have a chat with anyone who will listen to him so I do hope Cooper grows a bit more like his daddy and have more confidence than I do! I am hoping Kindy next year will really help him though:) 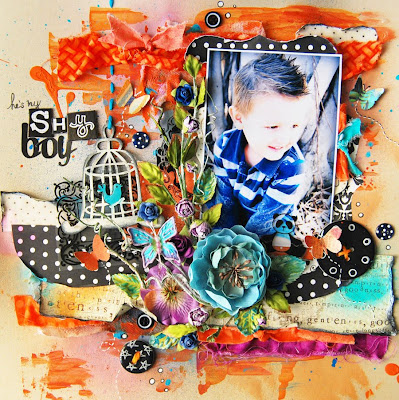 I am so hanging out to see the new releases from Prima......I better get to using the stash on my wall from the current season to make space for new goodies:) 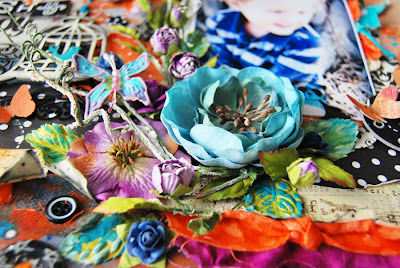 The last one is using Webster's paper....the boys on Easter Sunday at Yeppoon beach collecting shells. This wasn't the photo I had for this layout, I had about 3 but I am really struggling sometimes to create with multiple photos because there is just so much going on with embellishments.....anyway this piccie worked much better:) There is a Leeann Pearce Chippie beach hut, I think it was my last:( Some whimsy clouds too! 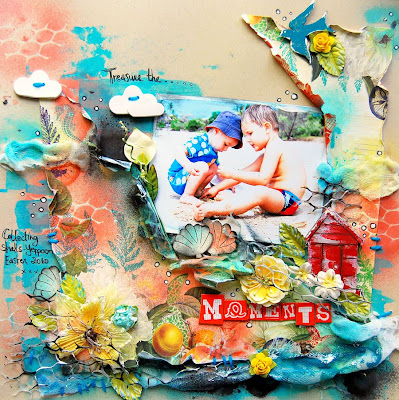 A Webster's card with some Prima for my SiL's birthday:) 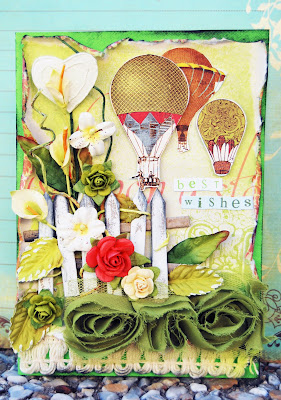 And another for my friend Mel for her birthday at the start of the month.....it's a bit cute, just like her:):) 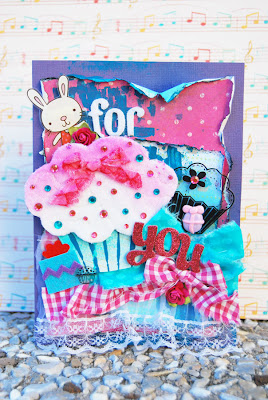 Now don't forget to leave a comment on my previous post if you want a chance to win my goodies......thankyou so much for your beautiful comments on my work, they mean the world to me and make me so happy:)
Oh yeah, I booked Eclipse today for Saturday, I can't wait and I think I will take Coop to Toy Story this week too....can't wait to watch that either (sad, I know!!!)
Thats all for now:)
xx
Posted by Stacey Young at 3:03 PM

im off to eclipse on saturday too stace!!! great layouts lol @ the white space!! cant wait to see you in may xox

OMG!
I love all their LOS, the details are amazing!
are pretty ,perfect, wonderful!
do not get tired of looking!

You're so productive and inspired :) I always love to take a long time to look at all the details of your lo. I love that you always use paint and fabric, they both are the footprint of your style. I can't decide which one of these 3 lo I prefer... Maybe the first, due to the color scheme... but I also love the bold orange in the second one... and loving the blue in the third... :p
Anyway it's a pleasure to have discovered you at the ColorRoom and now to follow your blog ;)
See you!

WOO HOOOOOO!! I got a special mention and even my little card made it up! I feel a bit special in the internet world today! ;)

WOW!! It´s my first visit in tour blog. You do such lovely playful pages with many details. Tha more I look the more I see. I will be back =). Thans for the inspiration!

LOVE what you did with the bird cage. You're going to have to email me your postal addy :)