A little Sass, Prima and my big boy turns 3!

I used a wee bit of the new Apple Jack range...yes, it is in there somewhere! I attempted to make a circus tent, I think it looks a bit cute:) Cooper came out one day with his boardies on his head thinking he was soooo funny! "Just Clowning Around" 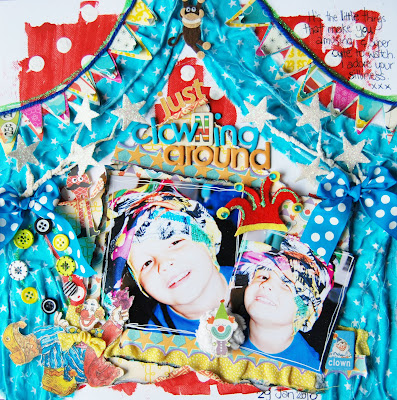 I used some more Suchsweettierney buttons as balls for the clown to juggle:) Another little clown piccie out of a Little Golden Book. 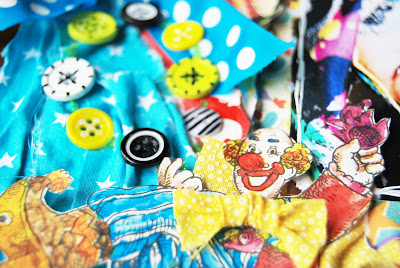 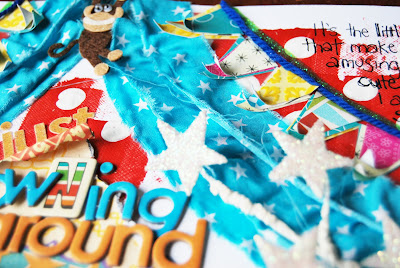 My big boy turned 3 on Sunday, he had such a fantastic, happy day! I was so proud of him for singing to himself "Happy Birthday". Last year when everyone sang to him, he cried:( This year was sooo cute watching him sing to himself and blow out his candles......how cool does his Spidey cake look, we were being silly and kept telling him he was getting fairies and butterflies on his cake and he would giggle and screw up his nose and say "Noooo, I'm having Spiderman"! 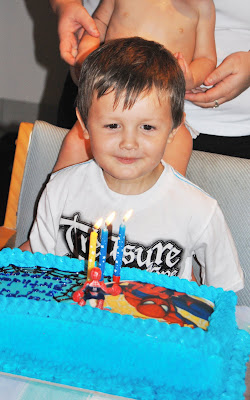 This is only a small amount of the pressie's he ended up getting......so spoilt:) His Nanny and Grandma went way overboard!!!lol!!! 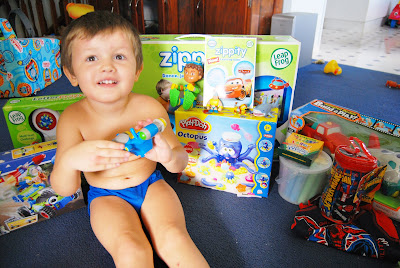 I did this one last week with some of my new Prima. I just adore these pics of the boys with Cooper leading the way at the zoo:) "Journey" 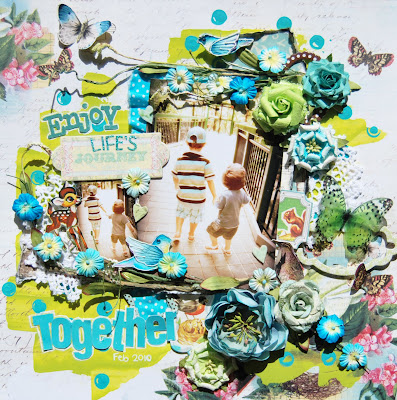 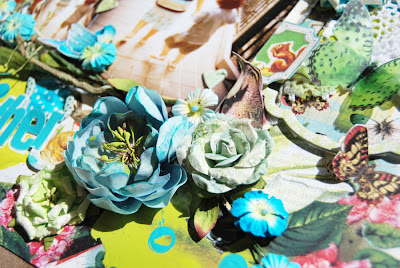 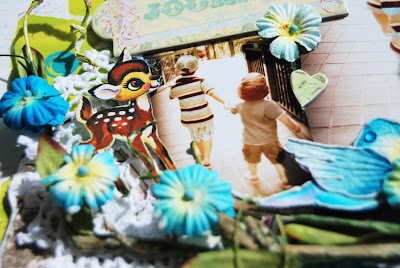 Have a great week, I have a hens night this weekend, as well as a 3rd birthday party for Cooper to go to:)
xx
Posted by Stacey Young at 3:41 PM

HOLY WOW!!
your layouts are always so amazing, but this, with all the kitschy is just cuteness overload, your pages are so cute to just look over at, all the sweet bits!!

and, the ones a few below with the little kittyrobot robot and mushroom make me smile, because they are so fab and you are fab!!
i might have to put them on the eyecandy post on the blog is that cool? :D
xx

and forgot to add, love londons buttons on there! shes a doll that girl.

Your boy is such a cutie! LOVE both of these especially the circus tent - that's amazing!! But then all your stuff is amazing! :)

man, you are clever!! that circus tent is STUNNING!! so much to love about your LO's, I could stare at them all day :)
Happy birthday Cooper :) x

gobsmacked as always Stacey!!! really stunning, so much to look at, I especially love the 2nd one with the green background, Im so using that on my next LO ;)

Thanks for the blog luv too - *sigh* I can only dream!!! I've got at least 5 girls pegged to be asked, and at an addition rate of 1ish a year...well perhaps next decade ;)

Happy birthday Cooper!! I'm sure he got spoilt by Mum and Dad as well - did he have a good party? Sorry no blog love for a few days, but I'm back at work now.

Will call you soon! x Mwah